More women buy on their own than men, why?

More women buy on their own than men, why?

The National Association of Realtors ® has the capacity to crunch numbers in ways I can never do from my little business here in Somerville. Today, on FaceBook, they sent me this statistic:

“About 1-in-5 homeowners are single females, making them the second largest home buying demographic after married couples.” 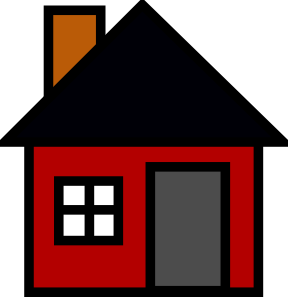 The NAR statistics are accurate, I am sure. However, I find their analysis a bit outdated. I realize they used some links to show some facts before they went all retro and sexist on me. NAR author Lisa Wirthman gives us five reasons why women are buying. She starts out fact-based and then goes downhill into a conclusion that I just can’t adopt.

More single women buy houses than single men. That’s a fact. I see it every day. Here’s NAR’s reasons why:
1. Women are marrying later than they used to. Yes, they do. But so do men. Women are buying houses before marriage according to a 2006 study. Yes, they are. But, the study sited is from 2006, so this trend is ten years old, or so.
2. Since 1974, discrimination against unmarried borrowers has been against the law. Yes it is, but that has been so since the 1970s.
3. Women are making more money now. (There’s no link to support this; there is a quote from American Demographics Magazine, which went out of business in 2004.) Yes, women are making more money than they used to, compared to men. Yes, that is probably true. So, why are they buying houses? Men still make more money than women and they are less likely to buy a house.
4. Women head households with children, whether they are married or not. 60 percent of households with children have women as the primary breadwinner. Yes, that is probably so (although the data is from American Demographics.) There are some unsupported trends that I also believe to be true: women live longer, women are more likely to live with children.
5. Women buy houses; men buy other consumer items until they “settle down.” There is no supporting evidence for this. OK, that’s where NAR sounds like the sequel to Mad Men.

In section five, the author is drawing on old, and I believe outdated, models of household formation. Just like marriage is not defined as the legal union of a man and woman for the purposes of begetting children. I believe that household formation is created by an interest in having a house for children, and/or a host of other motivations. It is a personal decision that one makes — whether married, coupled, or single — when one has the economic ability to do so.
I wonder what the real motives for household formation are. Children are one, for sure. But, in my practice, many households are formed by men and women who have no intention of raising children in those households.
They buy for economic reasons; over the long run, housing is a good investment. A house or condo is an investment that has the utility of being a place to live instead of being just a figure in the brokerage account. In some cases, it is cheaper to buy a condo than to rent one.
They buy for emotional reasons: to own a house provides control of one’s living environment. People bullied by landlords, or frustrated with the inability to change a rented space into a nicer space, choose to buy. Owning one’s house has emotional association of being successful, mature, responsible, and other positive, adult virtues.