Post-War Houses: What to Expect

Post-War Houses: What to Expect

Houses built for veterans returning from World War II went up in large numbers between the late 1940s and the end of the 1950s. What should you expect if you buy one? Houses age. Some age gracefully. Some get updated and renovated. Some updates and renovations fail.

I looked at an inspection report of a 1948 house. I felt a sense of deja vu. This report was for a house I’ve never seen. It came from a cousin’s son (also a cousin!) who was purchasing in the Maryland area with Victoria and Ron Henderson. Buyer’s Edge, in Bethesda is one of my favorite exclusive buyer’s brokers. The pictures of the problem areas look like the problem areas I see on so many houses of this age.

These houses are 60-70 years old. How are they holding up? 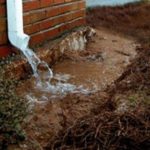 Generally speaking, they hold up pretty well. These are the kinds of problems that we tend to see that are specific to this kind of house:

Normal maintenance cycles: Houses need new roof components every twenty years or so. Boilers last about thirty years, forced hot air systems about fifteen to twenty before being replaced. So, depending on the previous owners, some of these components may be at the end of its economic life. That is true of every house over fifteen years old.

More about the history of post-war houses. (link)

I grew up in a 1956 Cape Cod postwar house. These houses went up in large numbers, in an organized, mass-production sort of way. When the kids in my neighborhood got bored one summer, we charted the houses on our block. This is what we found:

The post-war houses have all been altered some. The landmark “original” on Long Island is not restored entirely to its original state. Mostly, the smaller versions of these houses have had additions, or have been torn down, or both. The larger ones are still standing, still being bought and happily lived in.