What is “broom clean”?

What is “broom clean”? 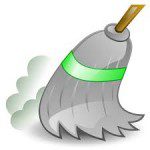 The last thing that my clients do before heading to closing is to go back to the house for a final walk-through. Some sellers find it a matter of pride that they deliver their homes sparkling clean to the next owner. But they don’t have to.

In most Purchase and Sales Agreements, the sellers agree to deliver the house or condo in “broom clean” condition. That means that all the personal things are gone and the floor is swept. It does not mean it is really clean.

It’s not just children who expect a “new” house to be new. New items of clothing and housewares are clean, and they replace the ones that are old and soiled. When we buy a used car, it is usually vacuumed out before it is handed over. When we rent an apartment, we expect to move into a clean space.

Over the years, some problems have shown up during that final walk through the house:

Sellers often underestimate the time and energy required to get everything out of the house. Then, as the deadline arrives, they get sloppy. The result is that the seller leaves a mess behind. Commonly it’s something like a pile of debris left in the basement, or some piece of furniture falls down the stairs and makes a hole in the plaster.

Here are some unusual ones:

Sometimes the problem involves the way the house was working. Here are a few examples: 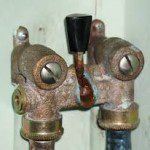 What is the remedy for a problem at walk through?