Households with no cars were rare in 1996. Even among people who commuted to work solely by mass transit or bicycle, there was a car. When the house next door to me went up for sale in 1996, my new neighbor was a man in his 30s who did not have a driver’s license. He chose a property where he could walk to bus lines, an MBTA station, and a grocery store. He was a rarity at the time. Now, about a third of our urban clients don’t own a car (although I expect many have a license to drive one.)

Since about 2005, we’ve noticed an increase in households who have no car, or one car used by two or more adults. This is a change from before the turn of the millennium, when even urban dwellers had a car or two. The number of cars in the household affects house hunter’s choices, so it becomes part of the house hunting plan.

What matters to car owners? Parking! 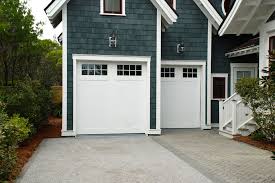 Some towns have rules that prohibit any on-street parking overnight. Example: Arlington.

Some towns have rules that prohibit any on-street parking for several months a year. Example: Belmont.

Many urban towns have parking restrictions for street cleaning. In these towns, car-owners must move their cars or be tickets and/or towed. Examples: Somerville, Cambridge, Boston.

Parking during the months when snow is on the ground affects all car owners, one way or another.

Is this an urban thing?

Yes, it is. Car-free living is difficult in suburban and rural locations, due to lack of mass transit options. Our suburban clients generally still have a car (although an increasing number have one, not two.)

Since the recession, who is buying cars?

Between 2012-2016, the population of well-educated young adults (defined as 25-34 with at least a four-year college degree) increased in cities. This was true throughout the country, except for three cities. It was true even in cities in rust-belt areas, where the overall urban population is falling.

At the same time, housing prices in urban areas began to climb again. Cities are becoming increasing attractive to young adults, and also increasingly expensive to live in. Young urban adults have not jumped back into car ownership.

Suburban housing prices also went up during this period. However — as is typical of real estate prices — the farther suburbs remain cheaper than the close suburbs. So, housing prices have driven moderate income people further from the cities, leaving them more car-dependent.

It is the lower income young adults — who live farther from mass transit options — who have gone back to owning cars. See the third chart here, which shows young adults, separated by income level. Lower income adults have returned to year 2000 levels, now that the recession has passed. High-income adults continue to live car-free at higher levels than during the recession.

This trend makes sense to me, knowing our clients. Does it make sense to you?