Mortgage underwriting change. What does it mean to you?

There’s a new version of credit analysis that will be part of the approval process. Changes will start having an effect when the new Fannie Mae Desktop Underwriter* launches June 25th.  It will allow lenders to discern between applicants who carry balances on credit cards vs. those who pay in full every month.

The lack of differentiation has been a gaping hole in the approval process for a long time. There is a huge difference in creditworthiness between the two. Someone carrying balances is paying high interest every month; those who pay every month are not. It is a common way for people to get deeply indebted. So, the change is one towards fairness. Those who carry large balances and never pay them off have been treated the same as those who run up large monthly bills on their credit card, but pay them off monthly. 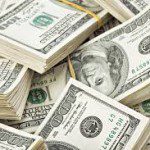 Running balances on your credit card is a really really really bad idea. It is the way that many many many people get in financial trouble. (Notice just how many reallys and manys this is earning.) If you don’t understand simple interest, use this link.  Have you looked at your credit card interest rate? Many are between 10-20 percent. The way credit cards sneak up on borrowers is that if someone borrows a chunk of money and can’t pay it back, those big interest bills start to add up, sinking the borrower deeper and deeper. What’s worse is that credit cards use compound interest.   So, the borrower is paying more than a simple 10-20 percent a year. People who pays the interest only on their credit card will see their debt double in about eight years. That’s assuming you stop putting charges on your credit cards!

Obviously, someone who carries high-interest credit card debt without replaying the principal monthly monthly is a bigger credit risk than people who pay off their cards monthly. But how much more of a risk?

It will take some time for the data to come in. Once there are enough people through the system, it will be possible to track just how much less creditworthy someone is, if they don’t pay their credit card balances down. Over time, lenders will be able to correlate how many more delinquencies and foreclosures occur from borrowers who carry balances compared to those who don’t. Once a pattern of risk can be established, you can bet that people in the risk group will pay higher rates, or pay more for mortgage insurance, or may be denied a mortgage.

Thank you to Loren Shapiro at Village Mortgage for alerting me to this FNMA change.

*“Fannie Mae is currently incorporating trended credit data into its DU Version 10.0 and will be implementing it during the weekend of June 25, 2016. Trended credit data is a two-year historical perspective on a consumer’s utilization of credit accounts, giving lenders a means to better analyze borrower behavior and extract more meaningful statistics. Lenders will be able to determine if a borrower tends to pay off revolving credit lines each month or if they tend to carry a balance from month to month.”