Changing things in a house. What costs too much?

Changing things in a house. What costs too much?

When I wrote for Boston.com, I got this question:

How does a buyer figure out which problems common in “compromise” houses are fixable and which should signal the call “run away! How can buyers in a price bracket (say $50k wide) maximize their housing purchase – are there solutions to problems that are common in homes in that price range? Low ceilings, small bedrooms, cramped bathrooms, etc?

Too high: Rooms with very high ceilings are expensive to heat. Although people like the sense of space that a cathedral ceiling creates, they pay for it with their heating dollars. Most of my clients still like them. Then there is a “normal” ceiling height that is somewhere around seven feet to eight feet. Most people are comfortable with that. As soon as ceiling height falls below six-and-a-half feet, people start to feel cramped. I consider that a “run away” quality. If you hate it when house hunting, you’ll hate it the whole time you live there.

Too low: I once had a client who really liked a house for sale that had six-foot ceilings. I did everything I could to talk him out of it. His rationale was that he was short and so was his girlfriend. I reminded him that all his friends were not so short. I did my best… His parents talked him out of it and I was relieved. When they were looking at it, we called it “the hobbit house.”

A house with abnormally short ceilings will always have a drag on resale. Short basement ceilings have a similar negative, but not as much. If the ceiling is not a bit over six feet down there, most people will not use the basement much. This affects resale, but is not deadly; it only annoys you once in a while, when you’re doing laundry or something.

Dropped ceilings: Then there are ceilings that were lowered by “dropped ceilings.” Beware of them. Most were done for energy savings in the 1970s. But, since then that space may have been used by electricians and plumbers. You may find that it will cost thousands to rewire and replumb the wires and pipes that now lurk in the space between the dropped ceiling panels and the old plaster ceiling. 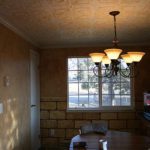 Ugly ceilings: Ugly is in the eye of the beholder. Some people cannot abide shiny/sparkly patterns on plaster ceiling. The solution for these is either a plaster skim-coat or a new layer of sheet-rock over the existing plaster. For “popcorn” ceilings, you need to sheet rock. (Also, some popcorn ceilings had asbestos and should not be scraped.) These changes could cost up to $500 a room. It adds up fast if the whole house has ugly ceilings. One cost-effective way to solve ugly ceilings is to add ceiling time. But, some people think that’s ugly, too.

Small bedrooms are a double-edged sword. The value of a house or condo is heavily influenced by the number of bedrooms it has. However, if the bedrooms are so small that a bed won’t fit in them, most buyers will reject it anyway. I know you have all seen rooms like that! I see them all the time.

In terms of value, a condo with two bedrooms is a better investment than a one-bedroom one. A three-bedroom house is a lot better, economically, than a two-bedroom one. So, if you get the urge to knock down a wall to make a bigger bedroom, you could decrease the value of your property if you are creating a place without enough bedrooms for its type. Before making the decision to expand a bedroom by combining two together, ask you agent to do a survey of the typical number of bedrooms in that immediate neighborhood. You are economically disadvantaged if you have the only two-bedroom house on a block where most have three bedrooms. 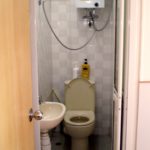 Bathrooms are surprisingly expensive to modify. It will cost you an arm and a leg to increase the size of your bathroom unless there is a closet next to the bathroom — not on the wall where the plumbing is. In that case, you can go through that wall and gain the closet floor space and it can be done for not much more than a typical bathroom renovation.

If you need to move plumbing, the cost goes up fast. If you are on the second floor of a condo, the price includes finding a way for plumbing to go through your downstairs neighbor’s space. Can I say “cah-ching!”