House Repairs. When to run away.

House Repairs. When to run away.

A problem is not infinite if the house could be torn down and rebuilt.  But who wants to do that? Some house problems are not finite; but “infinite” is not the right term. 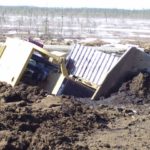 What would be an infinite problem?
There are some houses that never should have been built. They cannot be leveled and another house put on that lot, because the property does not meet zoning codes. Either the lot is too small to build on by current standards, or the land is not fit to hold a house. (Some houses built on clay or peat soil have ongoing foundation problems.) I have seen both. They have an infinite problem.
“Run Away!” rule:
Not finite problems are harder to work with than finite ones. Some signal the call “Run Away! Run Away!” Some can be managed, if the house is worth it in other ways. The general warning sign for this kind of problem is when a contractor says something like this, “I won’t know how bad it is until I get in there.” Sometimes you can get a worst-case scenario like “If I have to redo the whole thing, it will be $15,000.” Sometimes you can’t get that because it has to do with labor time that is too hard to predict.
1.      Run away if the worst-case is overwhelmingly expensive.
2.      Run away from not finite problems that have no worst-case estimate.
Big problems that are not finite:
I cannot think about expression “run away” without thinking of Brave Sir Robin or the Killer Rabbit from Monty Python’s Holy Grail.
By Rona|2021-11-01T16:06:55-04:00March 28th, 2018|Categories: Problems and repair, buying process|Tags: big problems, brass plumbing, foundation issues, infinite problems, knob and tube, real estate, when to run away|