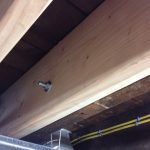 I only know one carpenter’s term that is feminist. It is the term for attaching a second floor joist to a cracked or under-built joist, beam, rafter, or stud. The term for this is called “sistering.” Sistering is powerful: it can stop sagging all over the house.

This is how it’s done. 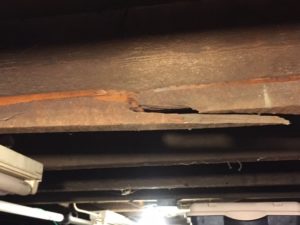 Buyers, when walking through a house showing, sometimes you’ll feel a sag halfway through the room. That is a cue for your agent to look at the floor joist below. Sometimes, they are cracked. Don’t panic, Sisterhood is here! Getting the joist re-supported with a sister joist will do the trick.

Joists that are not under supporting walls can be saved. It is not uncommon to see this and it is fixable without losing your shirt.

If the floors are compromised by weak main beams (the 4 X 4 that runs through the middle of most houses) or the cracked joist is under a wall, the problems is more structural and you should get help (and pay for it.)