In the most competitive Seller’s market since the late 1980s, how did we do? We are pleased for our clients who have bought in 2014. They did buy a house or condo in eastern Massachusetts without bidding wildly over asking price or throwing away their rights. 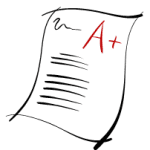 We are doing it the hard way. Negotiating this hard and refusing to waive legal protections led to many failed offers. There have been lots of disappointments along the way. But those who bought were able to get a house or condo without regrets.