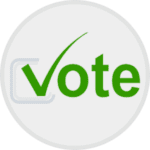 This is the first election endorsement blog for me, ever. First, where I am coming from:

Core values: I, obviously, care about the economy and housing; that includes additional issues that contribute to economic health and fair housing. I believe economic health and access to housing is connected to issues such as healthcare, transportation, and civil liberty. They also include social issues that support safe a decent treatment of all people on our streets and in our prison system. To accomplish this, inclusionary practices are needed both economically and also within our education and public service sectors.  For more information, check my personal blog.

My voting strategy regarding incumbents:

It is rare that I will vote against an incumbent unless:

Elizabeth Warren has been doing excellent work on economic issues. Her work has directly and positively affected my work; she was pivotal in the CFPB’s work to increase protections and clarity for home purchase mortgages.  She gets my vote for any office she runs for. However, I hope she does not run for President. The events of the past few weeks shows that she does not know how to stay out of the racist traps that she was baited to fall into. Her response shows flaws in her ability to support herself and still be an ally to Native Americans. Vote for Elizabeth Warren for Senate.

Ayanna Pressley is running unopposed. She will get a vote of confidence from me. She has a steep learning curve ahead of her, so she will benefit from a vote of confidence from her constituents. She’s smart, she speaks well, and she has a good command of the issues. Her issues are strongly aligned with mine. Along with the typical Democratic/liberal agenda, she specifically includes “issues disproportionately impacting women and girls”, violence and trauma, and criminal justice. Vote for Ayanna Pressley.

Charles Baker is the incumbent. He’s about “getting things done”. He claims to have increased efficiency on the T. If you ride the T, you know what he’s gotten done. Massachusetts’s bond rating fell, under his management, for the first time in almost 30 years. If you are an immigrant living in Massachusetts, you do, too (and it’s not good!) Since I have friends in either or both of those constituencies, I endorse his opponent, Jay Gonzalez.

Jay Gonzalez includes the focus issues of criminal justice reform and inclusion. He has experience in the governor’s office (in the Patrick administration) and can step in without a huge learning curve. There are many governmental functions of Governor that have long-term affect on State and Federal government. Here is a detailed accounting of that, which endorses Jay Gonalez.

Bill Galvin has kept our elections running cleanly. That’s the part of his job that is important to me. I appreciate the work out of his office, especially around election time. They post clear information on ballot questions and general voter information.  Galvin is an incumbent who is doing his job.

But, Juan Sanchez has a broader vision for this office. That vision aligns with my principles. Is it a reasonable thing to expect that he can learn this job, keep our elections clean, and also expand inclusion for all potential voters in Massachusetts?  Yes. The staff do not need to change abruptly in this transition from Democrat to Green-Rainbow party, were Juan Sanchez to win. A vote for Juan Sanchez sends a message to Bill Galvin’s office that inclusion matters. Vote for Juan Sanchez.

Anthony Amore, the Republican candidate, has an extensive background in security. That, in my opinion, is not a credential for Secretary of State. Voter fraud at the polls is almost non-existent, but that fear is used as an excuse for voter suppression in minority communities. If he had a chance of winning, I would change my vote to support Galvin.

Attorney General: Maura Healey is doing her job and is closely aligned with my values. She’s using her position to fight opioid addiction and support women’s health care. If I could give her two votes, I would. Vote for Maura Healey.

Local to Somerville: Vote for Pat Jehlen and Denise Provost. They continue to get my active support.

All other incumbents on my ballot have done their job and have also not betrayed my values. I will vote for them to keep the wheels of government turning.

Ballot questions are a way to move the legislature into action, but showing public support for an issue. They work by influencing the legislature to pay attention to issues that the voting public think are important.  This year, the preparation of some questions led to changes in the law.

There are three questions still on the ballot this year. 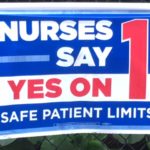 First thing, ballot initiatives do not create law. They propose a law that is the will of the people. The legislature is free to modify it (and they often do!) A YES win signals the legislature that we, the people, think that nurse to patient ratios are not sufficient to do the job of nursing effectively. The legislature can, and will, extend deadlines and create law that addresses patient-to-nurse limits. Be clear, there will be much lobbying from the NO supporters to make any new law feasible for hospital administration.

That said. I support giving the legislature the message that nursing care is vital to effective healthcare and patient-to-nurse limits need to change accordingly. I vote YES.

If you think that the influx of corporate funds into election campaign financing is a good thing, you are too dumb to be reading this blog. Please go away… This ballot initiative is a beginning. Passing it informs the National government that the will of the people is to get big corporate money out of elections. In order to make a change in the Constitution, 2/3 of all the State legislatures would need to write law similar to this ballot initiative law proposal.

That said. I support giving the legislature the message that corporate money does not belong in politics and corporations do not have (both economic protection of corporations and) human rights. I vote YES. 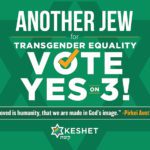 Without equal access to public space, our country loses most of what matters to me. I grew up in a time when Black people were fighting over the right to eat in a restaurant or sleep in a motel or use a public bathroom. This is the same fight. Civil liberty is for all people. What is done to the most vulnerable of the people can be done to any of us. Do not allow the erosion of civil liberties, based on bogus fear-mongering.

If you still have lingering doubt, here is an FAQ page that I hope can put this to rest. In short, non-discrimination is the law and has been for a few year. There are no incidents of men assaulting women in bathrooms, there have been no problems due to schools that comply with non-discrimination laws, businesses do not have to make changes to their existing bathrooms.

Without reservation, I vote YES to public accommodation in Massachusetts.

I have been writing on the subject of public accommodation (the right to access public spaces without harassment) since June. For further information see these blog entries:

There will be some last-licks comments on the election on my personal site on the Monday before election day.