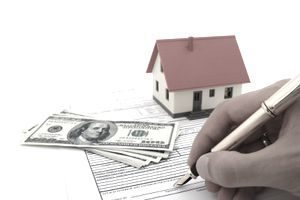 Do we offer fee for service contracts? Well, yes we do. But in 28 years of offering this service, almost no one has taken us up on the offer.

Paying fee for service means paying. Therein lies the problem. Consumers don’t want to pay up front if they may not end up buying.

Not one of our fee for service clients has ever gone more than a month without converting to a standard commission-based contract.

The only people who use a fee for service contracts are people who already found a house, then realize that they are in over their heads. Those people can pay us by the task to get them through the transaction without getting fleeced by the sellers because of what they don’t know. It might cost them about as much as they pay their attorney, and we’ll work more hours for the buck.

Since no one wants fee for service real estate, why am I writing about it?

Oh my God! This guy in the New York Times tells a really stupid, incomplete story. He tells his story like it is a triumph that should be copied.

The house that has a commission around $30,000 is over a million dollars. When you’re buying something worth a million dollars, you want the best advice you can get! An agent who is not effective at their job might be willing to work for thousands less, and give advice not worth having. Mr. Wolfers also makes it sound like Jon is just sitting on his hands waiting for the phone to ring and had no other business. Jon is an agent who is effective at his job (I know him; he is!) He has lots of business, and has the choice to take an hourly, fee for service contract, or not.

Mr. Wolfers does not mention that he would be responsible to pay Jon that $7,000 whether he found a property he wanted or not. He also did not mention the amount of his rebate for privacy purposes, but was willing to blast Jon’s pay scale all over The New York Times. Gee, thanks.

He is correct that real estate is full of underemployed people who are not making a living. The commission system only works for agents who learn how to be effective at what they do. The attrition rate for agents is very high. A small percentage of agents stay in the business and make a career of it. What he doesn’t tell you is how he found an agent as good as Jon Boyd to work for him.

Why we have the commission system

Real estate commissions build in a meritocracy. Consumers like that. Agents who succeed with sellers or buyers get paid. The inexperienced or ineffective agents don’t. If all agents got paid by the hour, fewer would fail. Consumers wouldn’t like that.

Also, buyer consumers do not want to pay for real estate advice when it is delivered “free” by commissions built into the sale price.

If you want to pay by the hour, tell your agent when you start working with us.