Buy next to the toxic waste site?

Buy next to the toxic waste site?

A reporter from Angie’s List contacted me a week or so ago to talk about housing that is compromised by people and places in the area. He wrote his story based on what a number of well-reputed agents told him.  He quoted me fairly accurately, but left out quite a bit. He also only cited one link from the list of resources that I offered to him.

Property values can be affected by long term or permanent negative neighbors. Since location is something you cannot change, it is important to know who and what is around the property you are thinking of buying. Everyone knows that houses on busy streets sell for less than the same house around the block where it is quieter. Everyone knows that big industrial-looking buildings or parking lots reduce the privacy and usability of the adjacent back yard.

Not everyone checks whether the vacant land behind a house is zoned for industry, or if it is a toxic site that is not yet cleaned up.

Finding out about toxic materials in a town is fairly easy. In general, brownfield (polluted) sites that are not yet cleaned up or have had controversy around their clean-ups affects housing values nearby. If a buyer is interested in something near a clean-up site, I suggest that they go directly to the horse’s mouth and have a meeting with someone at the site. Whether that buyer believes that everything is under control is fairly subjective. Whether the site is a danger to the buyer and his/her family is beyond what I can say I know. But, if the “ick” factor strikes that buyer, it probably strikes other future buyers, too. 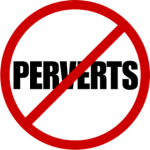 The Angie’s List writer was surprised how few of my clients check the sex offender registry before buying. I am, too. However, the registry is not entirely accurate. (Offenders do not always register promptly. They move frequently. Some offenders are homeless, but may be in your area.)

Every town has one or more police logs/police blotter sites on line or through community newspapers. Before settling on a town, watch these logs for a while. Patterns of problems show up in certain areas.

(For example, in my town, there was one bar where there the police were called every weekend – many weekends more than once — because of bar fights and stolen cars. Another example: cars were repeatedly reported stolen from one particular parking lot.)

In the land of free-flowing data, there is no reason not to know the facts. The harder part is figuring out what is safe enough for you and your family. Whenever possible, I introduce my clients to friends or former clients who live in the neighborhoods in question. People who live in a town or a neighborhood have the best information on trouble nearby.

Here are the go-to sites: