Pop quiz:
Did America’s Constitution give the right to vote to all American citizens?
Of course not. No African-Americans, no women, no renters.

No renters? Not until 1850 was the vote extended to men who were not property owners.

What was the logic of the founding fathers?
Was the idea that landowners were the big stakeholders, so their vote counted? Is it that landowners were responsible and established? Was landownership the sign of responsibility, maturity?
Or was it only one step away from the nobility system of England that we rebelled against?

At the time that the so-called “Founding Fathers” wrote “All men are created equal” there were 4 million African people and descendants of African people enslaved in the American Colonies. They were given the right to vote in 1965. 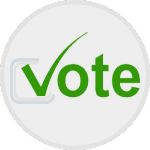 African-Americans and women needed to take to the streets to garner support for their voting rights. Irish-Catholics and African Americans were stymied in their exercise of this right by imposed tests and taxes.

There’s continued legal wrangling about districting and gerrymandering. There are also ongoing concerns about crooked polling practices, such as restricting some people from voting and not counting some ballots.

Are you exercising your vote this November?