Before the mortgage meltdown in 2008, the FHA MIP rate was .55 percent. When the flood of defaults came in, the rate was raised to .8 percent. This was a temporary measure. Now that mortgages are back to a more normal rate of default, nationally, the rate was slated to return to its pre-meltdown level this January.

When a buyer has a lower down payment, the lender – reasonably – wants assurance that their principal can be recovered if the property goes into foreclosure. The MIP (mortgage insurance premium) is paid to insure that lenders are covered. Since FHA is a federal program, the MIP pays for a federal insurance. Other, non-governmental lenders also charge borrowers with less than 20 percent down. They collect PMI (private mortgage insurance), which is essentially the same thing.

FHA is the only government agency that operates entirely from its self-generated income and costs the taxpayers nothing. The proceeds from the mortgage insurance paid by the homeowners are captured in an account that is used to operate the program entirely.

Why do we need FHA?

FHA acts as a stabilizing force in real estate. Private insurance companies have no obligation to sell their insurance in communities in economic trouble. So, when a region has a set-back — like during the oil crisis in the 1980s — FHA insured mortgages when other banks did not. Had there been no FHA, there would have been a hard housing crash in those areas.

Because they focus on moderate income borrowers, FHA have been involved in financing many low and moderate-income housing projects, as well as elderly and disabled housing development. 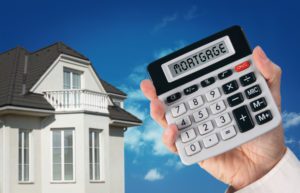 What does this change mean to our clients?

For our clients who were considering buying with 10 percent down, here’s an example. A typical starter property in our area costs about $400,000.

It will cost an extra $1000 a year for the time that you own the house, until you can refinance into a conventional 20 percent down loan.

The reduction you would have enjoyed was revoked as one of the first orders signed by Trump. The reduction was scheduled to go into effect on 1/27.  Lenders had been telling borrowers to delay their closings until 1/27 to benefit from the reduction, but that’s all been wiped away, at least for the immediate future. Trump is really looking out for working families.

And a thank you to Loren Shapiro at Village Mortgage.