Signs that we are approaching the top of the market

Signs that we are approaching the top of the market

My notes on the May 2015 U.S. Home & Foreclosure Sales Report from RealtyTrac® 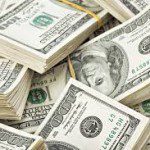 The cash buyers are going away.

24.6 percent of all single family home and condo sales in May were all-cash purchases, down from 28.5 percent in the previous month and down from 30.4 percent a year ago to the lowest level since November 2009.

The long-term average going back to January 2000 is 24.8 percent. The peak of cash sales was February 2011, at a whopping 42.2 percent. The share of institutional investors — entities purchasing at least 10 properties in a calendar year — dropped to 2.4 percent of single family home sales in May, a record low going back to January 2000, the earliest month with data available.

“Distressed sales in May represented a significantly smaller share of a growing home sales pie as an increasing number of non-distressed sellers continued to cash out on the equity they’ve gained over the last three years of rising home prices,” said Daren Blomquist, vice president at RealtyTrac.

If prices are stabilizing elsewhere, but not here around Boston, what does this mean? The market is showing signs that it is about to stabilize. Frequently, once it stabilizes, it “corrects,” which is a polite way to say prices might continue to go down to make up for the inflation we are seeing now.

Many transactions are going on.

“As housing transitions from an investor-driven, cash-is-king market to one more dependent on traditional buyers, sales volume has been increasing over the last few months and is on track in 2015 to hit the highest level we’ve seen since 2006,” Blomquist continued.

Nationally, buyers are beginning to have an edge. That’s why prices are modulating.

“And while sellers this spring are realizing the biggest average home value gains since 2006, home price appreciation is softening as the supply-and-demand balances tip more in favor of buyers and as banks began to clear out some of their more highly distressed foreclosures that sell at scratch-and-dent prices.” 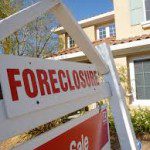 The share of distressed sales dropped to a new low of 10.5 percent in May, down from 15.4 percent in April and down from 18.3 percent a year ago to the lowest level since January 2011 — the earliest that RealtyTrac has data for this metric.

The foreclosure sale market has been picked through. Most of what is still for sale is going at deep discount because it is the bottom of the barrel. In the metro Boston area, the foreclosure market rarely yielded deep discount unless the buyer had the capacity to rebuild. Foreclosed and short sale homes in good condition sold pretty close to non-distressed price points, even in the recession.

The top five metro areas with a population of at least 200,000 with the highest share of cash buyers were all in Florida:

The top five metro areas with a population of at least 200,000 with the highest share of institutional investor purchases: